Prostitution and the Sex Trade in EuropeSemester Course

Focus on prostitution and sex work in Europe as a starting point and then expand to countries globally. Gain insight into historical, cultural, legal, and political aspects of prostitution and examine current and future consequences of the varying national approaches across Europe. You also examine prostitution from different perspectives ranging from that of sex workers, customers, and anti-trafficking advocacy groups, to law enforcement officials and politicians.

This course would also be of interest to the following discipline(s):
Human Rights, Legal Studies

M.A. and B.A. in Communication Studies from Roskilde University (2013) and a M.A. in Human Rights and Democratization from European Inter-University Centre (2012). Involved with the implementation and evaluation of Danish prostitution policy at the Danish National Center for Social Research (SFI) and wrote thesis on the representation of prostitution and prostitutes in the Danish media and policy. With DIS since 2013. 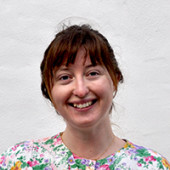 B.A. and M.A. in Law (University of Copenhagen, 1995) Admitted to the Danish Bar, licensed to practice as Advokat. Has worked in the anti-trafficking field since 2007, including for the Danish Red Cross, and is recognized as an expert in the field nationally as well as internationally. Was awarded the European Crime Prevention Award in December 2014 for work through the non-profit anti-trafficking NGO HopeNow which she chaired for eight years. With DIS since 2007. 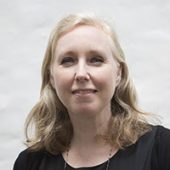 Cand. Soc. in Development and International Relations, Global Refugee Studies from Aalborg University (2013). Worked with ethnic minority integration in the Copenhagen Municipality and in civil society organizations focusing on youth activism. Currently working as project coordinator in Sabaah, a volunteer-based organization for LGBTQ people with ethnic minority background in Denmark. With DIS since 2015.