We strongly recommended that you sign up for this optional course:

Danish Language and Culture for Child Development and Diversity Students

Within the framework of Nordic pedagogy, investigate education and care, analyzing the discourse surrounding quality of life for children. Explore the pros and cons of free play, and relationships to caregivers and peers in the welfare state, school readiness versus social pedagogy, and children’s exploration of nature in practicum, Study Tour, and on Field Studies.

This course would also be of interest to the following discipline(s):
Anthropology, Sociology

Masters of Education for Daycare and Primary School (Aarhus University, 2014). BA (Human Development and Family Studies – Early Childhood Development and Education, University of Connecticut, 2006). Assistant Program Director of Child Development and Diversity, DIS  (2014-present). Pedagogue in the International and Danish communities in Copenhagen (2008-2010). I am specifically interested in  the cross-cultural practices, discourses, and research related to how we create active and caring environments for young children.  With DIS since 2007. 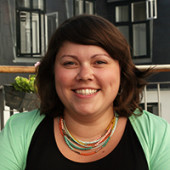