This course would also be of interest to the following discipline(s):
Government

PhD student at the Department of War Studies, King's College, London. His research is focused upon various aspects of counter-terrorism, asymmetrical conflicts, and intelligence based police. At the moment he is finishing his PhD thesis on the use of hard power policies in Northern Ireland during the troubles. Some of his latest publications are “A Neo-Nationalist Network: The English Defense League and Europe´s Counter-Jihad Network” (with Alexander Meleagrou-Hitchens, 2013) and “Terrorism Learning and Innovation: Lessons from PIRA in Northern Ireland” (with Magnus Ranstorp, 2013). He gives lectures on a regular basis in Sweden, Europe, and the United States for academics as well as professionals. With DIS since 2016. 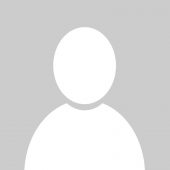