Why is Scandinavian crime fiction so popular? Is it the terse language or the Nordic landscape? Is it that the protagonists are anti-heroes, feminists, or outsiders? What makes these novels so appealing? In this course we study Nordic crime fiction in which the most fantastic murders take place, dark secrets are exposed, and the validity of the Scandinavian welfare state and lifestyle is questioned.

This course would also be of interest to the following discipline(s):
Criminology / Criminal Justice

Associate professor at the Department of Culture and Aesthetics at Stockholm University. PhD in Comparative Literature at Stockholm University. Visiting researcher at Oxford University and the Søren Kierkegaard Research Centre at the University of Copenhagen. Most recent publication: Filosofen och vargen (The Philosopher and the Wolf) (2015), which deals with the intricate relationship between philosophy and literature, from Plato to Derrida. Current research project: Radical Mimesis: Writing the Other. With DIS since 2017. 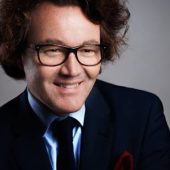