Transgender celebrities such as Caitlin Jenner and Laverne Cox fueled mainstream interest in transgender lives and experiences. But trans and queer communities have long fought for trans persons’ rights to be ‘true to self.’ This course explores the history of trans activism with a special focus on Sweden and how legislative and medical discourses change how we think about gender identities and rights. We also explore topics such as transphobia, gender-neutral pronouns, gender passing, transgender children and their families, and how race and class intersect with being trans.

This summer course would also be of interest to the following discipline(s):
Human Rights, Legal Studies 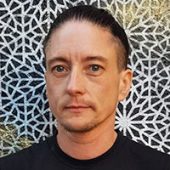