From cradle to grave, we all encounter trials and opportunities for growth. But do we seize upon these openings to evaluate life at its core? Through the lens of Danish and French philosophy and literature, this course examines the pressing, age-old question of human existence: “What is a happy life?” Dispelling the illusion that “happiness” is self-evident, in this course, we engage thinkers, writers, and works of art that prioritize questions about how we ought to live, and how to promote a truly happy existence for ourselves and others. 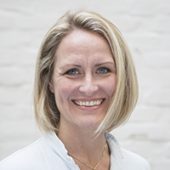