European biodiversity is characterized by great variation in habitats, that is dynamic and constantly evolving in response to changes. Such changes occur gradually and naturally on a long-time scale but with the impact of humans, changes are accelerated.

In this course, you learn how different habitats are affected by climate change and human exploitation and how to evaluate the effects on biodiversity. Through examples, you gain experience in collecting biodiversity data and conducting simple data analysis, and apply your findings to address present conservation and biodiversity issues. We zoom in on different topics such as the complexity of re-wilding, why Europe has a highly fragmented biodiversity with a high rate of species loss, and how Europe is establishing national parks and protected areas.

During your Study Tour to Sweden, we will investigate terrestrial, marine, and freshwater environments. Highlights include visits to a forest project, a marine protected area, and collecting samples in one of the many lakes of Sweden. We will also focus on invasive species and spend time at Kolmården, where we can get close to the large mammals.

By the end of this course you will have general knowledge of the most common European habitat types, and of fundamental concepts within biological conservation of biodiversity. You will understand the complexities of environmental conservation and be familiar with political frameworks applied within environmental policy and conservation work. 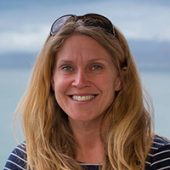