Terrorism and Counter-Terrorism from a European PerspectiveSummer Course

This summer course would also be of interest to the following discipline(s):
Government, Philosophy

Master of Arts in International Security from the University of Leicester (UK). Graduated Joint Command and Staff College (MA) 2010. Commissioned as an Army officer in 1996, after having served as NCO since 1989. Multiple international deployments to conflict zones. Currently works at the Royal Danish Defense College, as a military analyst focusing on security issues such as military security, Counter-Terrorism and International Law. Served in the Danish Defense Intelligence service. With DIS Spring 2018 and again in Spring and Summer 2019. 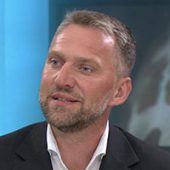