Our local expert on all things gardening, DIS Faculty, Toby Musgrave, has published a new book Green Escapes: The Guide to Secret Urban Gardens. The book explores over 260 green spaces – parks, courtyards, terraces, and community gardens – in cities around the world. The book functions as a guide of not only what these green sites are and where they exist but also looks into the design and function of the spaces. The book is a culmination of Musgrave’s own knowledge, as well as information collected through research and his social and professional networks.

Musgrave has been a lecturer at DIS since 2010. His elective course, Garden Art in European Culture, explores the garden as an art form, how gardens have been depicted in art, and how gardens have influenced other art forms. The course goes to Frederiksborg Palace Garden and explores the green spaces along Copenhagen’s medieval Fortification Ring on Field Studies. This Summer, Musgrave also taught European Greenspace, which went on Study Tour to Nijmegen, Netherlands – European Green Capital for 2018.

Musgrave received a Bachelor’s of Science in Horticulture and a Ph.D. in Garden History from Reading University in the United Kingdom. He is an author of 11 books as well as over 100 periodicals and 500 newspaper articles in Britain and Denmark. He has been a major contributor on five books, appeared on television and radio programs, and worked as a consultant for the BBC shows How to be a Gardener and Royal Gardens. Musgrave has also worked as a consultant garden historian at the Lost Gardens of Heligan in Cornwall, developing restoration policy and replanting plans.

Last February, Musgrave was elected as a Fellow of the Society of Antiquaries of London, which is England’s second oldest learned society. This honor is regarded as recognition of significant achievement in the fields of archaeology, antiquities, history, and heritage. Among the Society’s 3,000 other international fellows are naturalist and broadcaster Sir David Attenborough, gastronome and author Lloyd Grossman, and Queen Margrethe II of Denmark. The Society’s mission is to promote the understanding of the material remains of the past, while also working to prevent the willful destruction of archaeological and historic sites and the illicit trade in antiquities.

For more information on Green Escapes: The Guide to Secret Urban Gardens

Back to all news 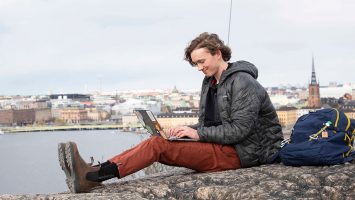 Apply for a Semester 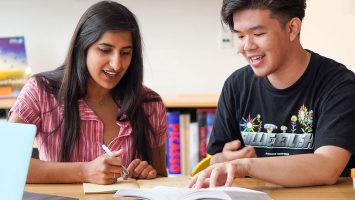