A day in the life of a European Politics Student

The European Union has been called an Unidentified Political Object (UPO) because it is less than a federal state, but more than a federation of states. Therefore, the European game of politics is rather special with deep impacts on the present EU crisis and the future of EU survival. This course offers a broad study of the EU, including historical development, governing institutions, political processes, economic cooperation and challenges as well as major policies and approaches to the present crisis, and teaches ‘how to play the game’ of politics in Europe.

Going to the European Union institutions in Brussels showed me that a career in international politics could be very interesting and a field that I might want to work in someday.

Two political science courses at university level, with at least one focusing on either international relations or comparative politics.

PhD in Cultural Studies from University of Humanities & Social Sciences, Warsaw. He is a post-doc researcher at Lund University, Sweden, and a Research Fellow at the Danish Foreign Policy Society. He studied in Warsaw and St. Petersburg. He was a diplomat for 9 years, having worked in Poland’s Permanent Representation to the European Union and Poland’s Consulate General in Kaliningrad. His research interests cover identity formation processes and politics of memory in the northern part of Central Europe, as well as Baltic Sea Region cooperation. With DIS since 2021. 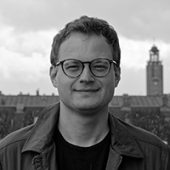