Develop your storytelling and writing skills in a series of structured brainstorming sessions, exercises, and workshops. Emphasizing the playful generation of dynamic new ideas and material, the course explores the technical challenges of different literary forms and genres, and addresses the practical issues of drafting and fine-tuning fiction in all its forms.

One course in creative writing or journalism at university level.

Since moving to Denmark in 1981, Leman has been working as playwright, screenwriter as well as theater, radio and TV director. Her plays have been performed throughout Europe and the U.S.A. and she has received several awards for her work. With DIS since 2018. 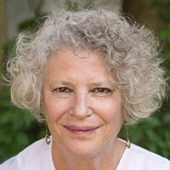