Some knowledge of history and international studies concerning the Cold War and implications of the Marshall Plan on the European post-war condition is an advantage to understand the research framework, but not a requirement.

The application can be found in the Online Registration portal. You must submit all application requirements by:

Modes of Architectural Production in US, Denmark, and Sweden

This project investigates a supranational ‘triangle’ of influences among Denmark, Sweden, and the United States in regards to a shift that occurred in the organization of architectural practices during the Cold War (1947-91). The focus is on the nature of this triangle. How was it shaped? What was its geometry (e.g. equilateral triangle or was it unbalanced through one or the other nations)? Which were the paradigmatic documents (e.g. manuals, guidelines, handbooks) that reified this supranational economic and cultural ‘triangle’? Who were the actors (e.g. architectural firms, building companies, associations)? Which were the outcomes (e.g. architectural projects, advertising campaigns) in the implementation of such specific modes of architectural production towards productivity?

This project aims thus to investigate precisely this import-export of knowledge flourished under the ‘Pax Americana,’ beyond the traditional narrative of U.S. as an exporter of knowledge but also as an importer and recipient.

This project is meant as a collective, progressive project where samarbejde (working collectively) is strongly encouraged among the participants, from data collection until the research is disseminated. The research assistant(s) are introduced to and instructed in quantitative data collection (e.g. literature and archive review based on Arkitekten (DK) and Arkitektur (SE), specialized architectural magazines as the main media for architectural critiques at that time); qualitative data (case studies through fieldworks); as well as performing initial data analysis through inscriptive architectural and design tools (e.g. drawings and infographics). The expected result is the production of a series of progressive physical outcomes, combining in the form of a collective final architectural exhibition.

This course would also be of interest to the following discipline(s):
Communication, Media Studies 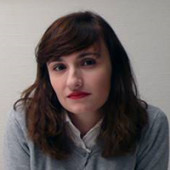