As neuroscience expands our understanding of neural processes, core concepts in our self-perception such as free will, moral assessments, and personal values are challenged. This opens new fields for concerns and ethical considerations, e.g. using neural basis of decision-making as a marketing tool (neuromarketing), brain privacy, as well as chemical enhancement of neurobiological processes, are all subjects for ethical scrutiny.

One course in biology or neuroscience at university level.

This course would also be of interest to the following discipline(s):
Biology, Psychology 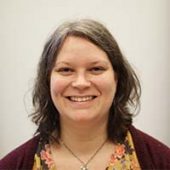