Hans Christian Andersen’s tales are not just for children. His stories work on many levels providing not only entertainment, but also reflections on society, technical advancement, and values. The course provides an understanding of the Romantic Age and the Danish Golden Age, and of the societal and economic changes that affected life in mid-19th century Europe. Andersen’s works are analyzed through a variety of different literary approaches. 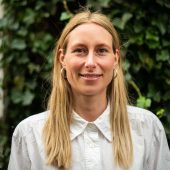