Global North states have all undertaken to provide asylum and related human rights protections to people forcibly displaced from their homes in the Global South, however these legal obligations are normally only triggered when people seeking asylum reach the borders of these states. Global North states have no legal obligation to provide safe transit for those seeking asylum, and they are legally entitled to extend and externalize their border control regimes, often into maritime geographies, in order to deter and prevent as many non-citizens as possible from entering their territory. This course will interrogate this legal ‘protection gap’ and the state policies of ‘non-entrée’ that it enables, as they not only call into question the post-war concept of the refugee and the continuing relevance, efficacy, and universality of ‘the right to be recognized as a refugee’ but they increasingly imperil the lives of those seeking security and refuge in the Global North.

This course would also be of interest to the following discipline(s):
Critical Race and Ethnic Studies, Political Science

LL.M. (International Human Rights Law, Lund University, 2012). Previously practiced as a barrister in London, specializing in refugee and immigration law. Currently completing a Ph.D. in international law at the University of Copenhagen. With DIS since 2018. 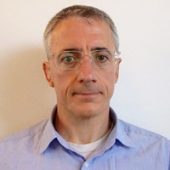