Documentary films are gaining more critical and commercial prominence these years, especially those increasingly pushing the boundaries of fact and fiction. This ambiguity is central to the course as we focus on European documentary film and some of its most prominent contemporary names. We discuss the theory, genre, aesthetics, and ethical considerations of documentary films and work in groups throughout the semester to produce our own small-scale documentary film.

Documentary film director, The National Danish Film School, 2007. BA (Honours), Contemporary Dance, London Contemporary Dance School (University of Kent), 1996. Additional studies at California Institute of the Arts, 1995. Directs short films and documentaries. Co-conceptualized and co-directed the first ever season of the staged documentary series Married at First Sight. Has made films on the royal Danish family and a television series about homeless youth. Part of the artists group BLUE TITS whose latest short film has been presented at festivals in France and Italy. External lecturer at The National Danish Film School. With DIS since 2016. 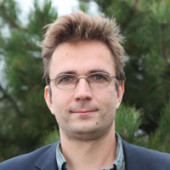